Independence is a Process 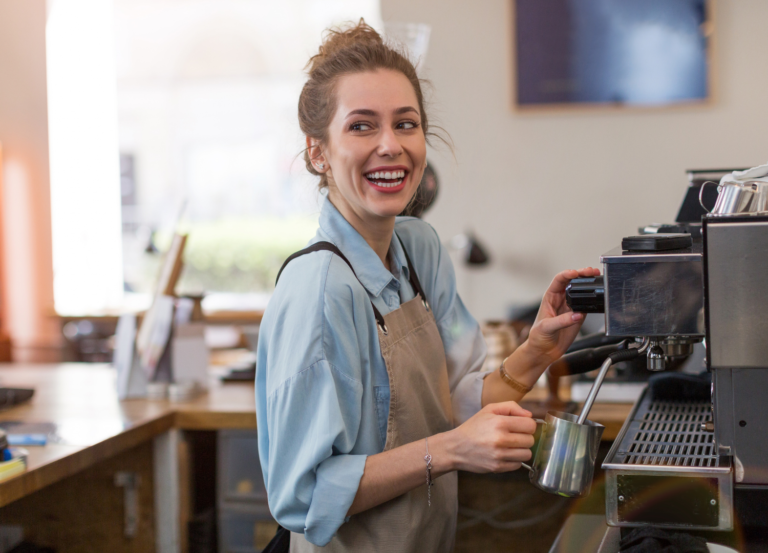 Independence is a process, and now is the time to start. Teaching children independence and helping them set high expectations for themselves is just as vital for children with disabilities as it is for typical children. Independence to the extent possible is a desirable goal for children of all ages. Becoming a successful, well-adjusted adult starts early with learned behaviors and skills.

The following are some of the most common barriers to independence we have seen over the years while working with our clients.

Learned helplessness is very much what it sounds like: the feeling or belief that one is incompetent or incapable of making choices. This results in a child—or adult—learning to rely heavily on assistance instead of doing things for themselves. In many ways, acquiring learned helplessness isn’t the child’s fault. Rather, it’s a mechanism developed over time as they become used to others helping or doing things for them.

Although it may be borne from the very best intentions, over-supporting to the point of learned helplessness robs children of the opportunity to develop and practice the skills that they’ll need later in life.

Prompt dependency is when a child relies on direction from a parent or authority figure: they become used to being told what to do and when to do it. In certain contexts, this is normal and even expected of children. However, at a certain point, it can cross the boundary from needing the occasional reminder, such as “it’s time to start your homework” or “remember to put sunscreen on before you go outside,” into true prompt dependency.

It’s normal for kids to rely on prompting and behavior modeling, but we’re expected to wean off of this behavior and become independent as we get older. Children need to be able to do things for themselves, and self-prompting is part of that. Lessening prompt dependency can help a child become more independent in all aspects of life: they will be better equipped to take on adult challenges such as self-regulation, responsibility, and managing relationships with others.

Does your child really understand what it takes to be self-sufficient? If a child is used to having parents and other adults do things for them, they may not even be aware of the responsibilities and requirements that come with independence. Maybe they’re used to their clean, folded laundry just turning up in drawers, a neat and tidy home, food on the table, and money in the bank. Everything seems to appear exactly where it should be… just like magic.

As we’ve already said, it’s part of healthy development to let kids be challenged. Setting expectations for them—and helping them set expectations for themselves—is all part of growing up. So give your child duties and chores, and let them be part of household operations. Not only is it good for their self-esteem and sense of personal responsibility, but it also helps them prepare for life’s realities. If they never see the “behind the scene” work required to have pets, cook, own a car, manage a household etc., how can they be expected to learn how to function on their own?

‘Masking’ – or camouflaging – is a behavior often seen in children who don’t want to stand out as “different”. It is essentially mimicking the ‘normal’ emotions and expressions of their peers; even when they don’t necessarily feel or understand the emotions they’re expressing.

Sometimes, they can get so good at masking that even their loved ones may not realize they’re performing. Some become so expert at masking that they can evade a diagnosis altogether. Some parents may think that their child is “getting better” or “learning how to express themself,” but in reality, the child may just be hiding the truth behind masked facial expressions or responses. This can be painful, scary, confusing, and exhausting for autistic children.

Of course, it’s not fun to be upset or disappointed, but it is a natural part of life. You don’t want to communicate to your child that minimal effort is sufficient to skate by in life or that they will be rewarded simply for trying. Understanding that life is tough and requires work will help instill a sense of pride in a job well done and set them up for success in future endeavors including living independently and employment.

If your child is not used to facing challenges and consequences, they may lack the drive, determination, and focus needed to work through difficulties they encounter. In situations where they don’t know what to do, many children may choose to do nothing at all.

Problem-solving isn’t something you can acquire overnight. It requires a lot of work and repetition to learn it and then more practice to help hone it. That’s why it’s easier to get started sooner rather than later. You can practice problem solving every day, anywhere you go in a myriad of situations. Understand that your child can be capable, driven, logical, goal-oriented, and independent—it’s just about giving them the tools and space to grow.

No matter where you are in your child’s journey it’s never too early or too late to start teaching independence skills. Remember –making life too easy for them early on, makes life much harder on them later. Independence IS a process – start your journey today!

Independence is a Process

Independence is a process, and now is the time to start. Teaching children independence and helping them set high expectations for themselves is just as vital

Independence is a Process (Mini Blog)

It’s never too early to begin building and nurturing our children’s independence. Although it takes time, and each individual has a different timeline, parents must

Autism: Beyond the Stereotypes

What does the average citizen really know about autism? Sometimes we don’t understand the things that don’t affect us directly. In many cases, people rely

Everyone is born with different skills and inclinations. Sometimes, you can tell right away when a child has a special gift: an eye for the

You can find out more about which cookies we are using or switch them off in settings.

Item added to your cart

Continue Shopping Go To The Cart

This website uses cookies so that we can provide you with the best user experience possible. Cookie information is stored in your browser and performs functions such as recognising you when you return to our website and helping our team to understand which sections of the website you find most interesting and useful.

Strictly Necessary Cookie should be enabled at all times so that we can save your preferences for cookie settings.

If you disable this cookie, we will not be able to save your preferences. This means that every time you visit this website you will need to enable or disable cookies again.